This gun surprised me. Amazing accuracy. One of the most accurate guns I have shot lately…and it's a Co2! This is a review of the Hammerli 850 Air Magnum. German made precision. Thanks for watching! -Nate

Find me anytime at http://www.Air-Gun-Channel.com Great stuff, Nate.  I had two... one in a Rapid stock that I modified and one in a custom stock.. both converted to HPA and running 18-20fpe in .177.  Both tackdrivers.   I sold one and have kept the one in the custom Linthicum stock as it's unique.

Still, in CO2 form, as you noted... they are extremely accurate and a good bang for the buck.

All those who believe in psychokinesis, raise my hand.

Am just going to discount the BB semi autos as non-serious, and think about the rifled barreled, accurate shooting,pellet firing,magazine fed repeaters. Not that I hate those, actually dfo have a couple of full auto BB firing blasters for fun...but they aren't "serious."

Loved the co2 tanker conversion of the 850 (back then,was labeled the "Hammerli").

But the local paintball shop that refilled co2 tanks correctly closed down...and the big-box store that would fill them were a bus of morons...so I converted it to HPA.

HATED it as an HPA rifle..and with no good source of co2 tank fill ups...sold it.

But I missed it. Lower speeds/energy, very accurate and consistent, a "snit"load of shots per 9oz tank.

A umarex 850 co2 makes sense today....although I'd paintball tank adapt it rather than 88-90 gr. AirSour4se feed it. 12gr. adapter, Airsource, or paintball tank...it's just a bigger gas tank, which will let you shoot LONGER but not FASTER....and 88gr. AirSouces is about as expensive as you can get for airgun fuel.

Which brings me to the state of f today's co2 repeaters,. 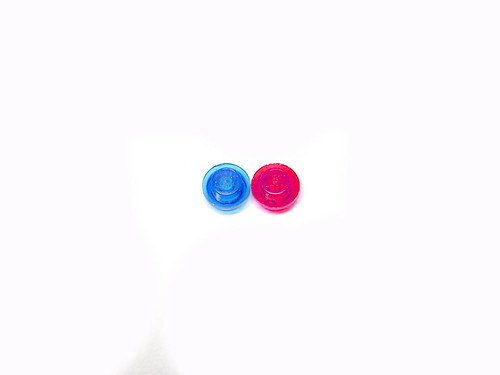 A short-time run of Umarex 850's form Airgun Depot. Evidently they got them to make up a small batch of Umarex 850 marked actions,a Rotec stock, a Rotec threaded barrel, and a 2X12gr. adaptor. Not cheap,and not one that gets taken out in the really HARSH conditions I'm prone to hunting in...so it stays safe and unmolested rather than get out into the boondocks.

New on the block is the QBII (Beeman 1085)...which is really-really ugly and runs from 2X 12gr. This one is so ugly,I really don't think I could screw up it's looks much with a few scars/scratches/dings.

An old SPA (MrodAir Varminter). Current version runs of off 3X12gr. This old one runs off of 1X12gr.

Of the three, the plastic sticked"ugly" QBII is likely to get down in the mud-n-blood-n-beer nasty conditions I so often find ...the other two, not so much.

But If I had kept to that old co2 tanker/plastic stock/ 850...i'd have avoided all the complications.

The simple mag system,with the rotation built into the mechanics of the rifle. So simple to load a blind man could do it (at a night shoot...we are all fumble fingered and blind).

It's not lefty friendly and never will be.

So adaptable to power source...88gr., tanker, 12gr. conversion cylinders....if it is co2,can find an easy way to shoot it.